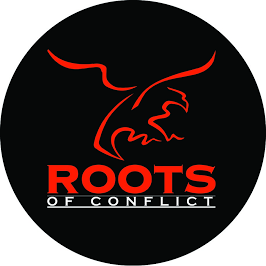 It is with great sadness that Roots Of Conflict (ROC) offers its heartfelt condolences to Muhammad Nimr, the son of martyred Sheikh Nimr al-Nimr, for two of Nimr’s cousins, Muhammed and Muqdad, executed by the Saudi regime, this time without even the pretense of a trial (for reference see article linked below).

We hereby condemn these terrorist acts of the Saudi regime that has affixed the word “Arab” to its criminal “royal” pedigree. Furthermore, we condemn Saudi regime’s acts of terror, war, and aggression, whether they be in Hijaz (renamed Saudi “Arabia”), Bahrain, Syria, Yemen, or anywhere across the world.

In the end the Saudi regime is naught but a petty progeny of world imperialism and mere frolic for its masters that have nurtured, suckled, and continue to maintain it.  This relation explains why, for the very greatest and vast part, the victims of terror are Muslims. A relationship that is otherwise used to undermine democracy in West via the heightening circumstance of the Security State.

Thus, we stand in solidarity with all freedom loving people across the world against this neocolonial abomination and demand Western States, in particular the United States of America and United Kingdom, to cease and desist from further nurturing and maintaining of this regime; and to demand the release of all prisoners held by their Saudi consorts, who have no right of Sovereignty over the Arab people, of any sort or kind.

Popular posts from this blog

The five speakers at the conference had all varying points of view around the the topic of U.S./Saudi relations. The first two speakers had a view from perspective of being from the Arabian Peninsula, while the last three scholars had unique American views of the relationship.

In short, one could classify the two perspectives as those struggling for liberation of the Arabian Peninsula from Saudi terror and trying to preserve and/or enhance American liberty in post-911 atmosphere of degrading Constitutional rights.


The first speaker, Dr. Aisha Jumaan, offered a statistically detailed presentation of the human catastrophe going on in Yemen, as a result of the Saudi imposed war on that ancient country. More than fourteen million people require immediate humanitarian assistance and seven million are at risk of famine.

The Saudi war on Yemen has been going for three years, now; far beyond the expected thr…
Post a Comment
Read more
April 07, 2017
Roots Of Conflict, hence
Report on March 18th, 2017 conference Heritage of Colonialism in the Arabian Peninsula: Past and Present

“The roar of the words is stronger that the sound of bullets” and“The whole oppressed should unite and stand together against the oppressors” -  Martyred Sheikh Nimr al-Nimr
As Mohammad al-Nimer, the son of the martyred Sheikh, recites his father’s words at the conference.
Roots Of Conflict (ROC) came together via November 19th 2016, Roots of Terrorism Conference.  There, a group of us decided that the focus should not be on ideology of terrorism and instead to explore the entities and histories behind the phenomenon.
Thus, ROC was formed and as a first project, the March 18th 2017 conference was launched:Heritage of Colonialism in the Arabian Peninsula. Here, the focus was on the Saudi regime rather than ideology, whose presence is questionable. Besides, trying to fight notions is like shadow boxing; As, we believe, ideas are in a realm beyond space and time.